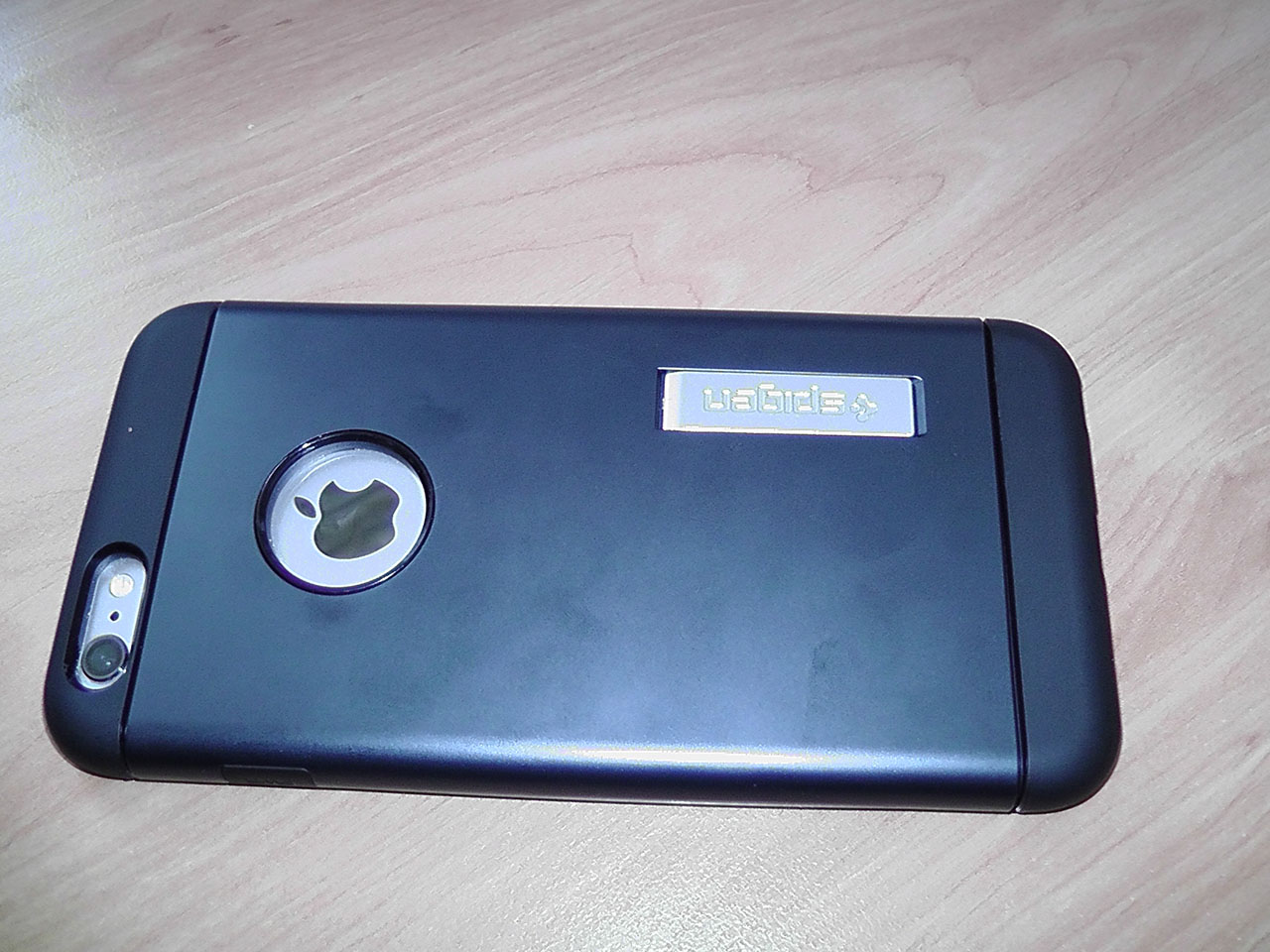 With many smartphone screens being over 5 inches in size, watching media on phones is an ever increasingly attractive option. This is where the Spigen Slim Armor case comes into its’ own.

The Slim Armor is a two piece case, similar to the Spigin Neo-Hybrid. Comprised of a nice soft rubberised type plastic that your phone sits in and a hard plastic rear shell that both clamps the case on and provides the strength. The softer plastic helps to protect your phone and doesn’t scratch it when you are trying to put it on, something that is always welcome!

As is often the case with Spigen products, all of the cut outs for the ports are well sized. The sleep/wake button and the volume buttons are covered but these are still entirely usable thanks to the soft rubberised plastic areas and internal button extensions.

The overall look is one of a clean design with a cutout for the Apple logo. The hard plastic rear is smooth, which ultimately means it isn’t overly endowed with grip. In fact it isn’t much less slippery than the iPhone itself. It’s not a deal breaker but worth making note of. 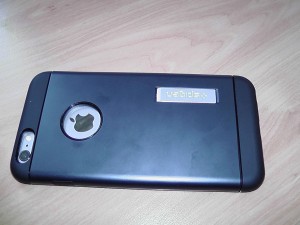 Also on the rear is the Slim Armor’s key selling point, a metal kick stand. This small but robust stand is nicely off centre which means that you can effectively position your phone, in landscape only, at two different angles for watching media on. It has a smooth hinge and clicks into place completely flush with the rest of the case. It isn’t always easy to unclick from the stowed position but rest assured the rest of the action is almost silky.

The case itself emphasises a slim design, which to an extent it succeeds in. It’s not as slim as some other cases, but then not many have such a kick stand. Still it really doesn’t add too much bulk to your phone and being lightweight it won’t weigh you down either.

The Spigen Slim Armor is a well thought out case, offering protection and a very handy kick stand without being bulky. It’s smooth back may irk, but if you can look past that and have been looking for a tidy way to prop your phone up for watching films then this really is a great place to start. At just £16.99 it is undeniably great value too.