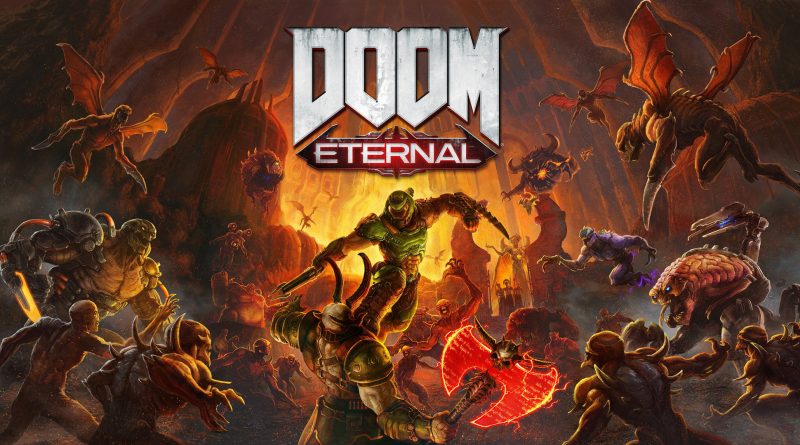 It seems like ages since the original Doom Eternal reveal at QuakeCon, but with E3 in full swing id Software and Bathesda have given us a further glimpse of what is to come in the hotly anticipated follow up to Doom (2016).

It’s no secret that the reboot in 2016 didn’t just breath new life into the franchise, but also redefined the first person shooter genre and provided arguably the best and purest shooter since the original Doom games. The previously shown gameplay from QuakeCon demonstrated even more rapid movement, new glory kills, climbing and the hook shot attached to the double barrel shotgun.

It was clear that where Doom (2016) was rebooting the franchise back to it’s roots in terms of gameplay but cunningly reinventing it for the 21st century, Doom Eternal was taking it to a whole new level and bringing much of the look and feel of the original Doom games while retaining the excessive violence that made 2016’s entry feel so much more brutal than any other FPS out there.

There have also been a few changes since last year’s reveal. For one the HUD has been redesigned to be clearer, although reaction to this on social media seems to be mixed. We also got to see more of the reimagined enemy models and weapons that are much closer to the original look than in 2016. This also applies to medpacks and other pickups.

Glory kills are back and more brutal than ever thanks to the slayer’s new blade. You can also climb (some) walls which will undoubtedly lead to bigger arenas and more secret areas to explore.

The full E3 presentation is embedded below, full credit to Gamespot, Bethesda and id Software