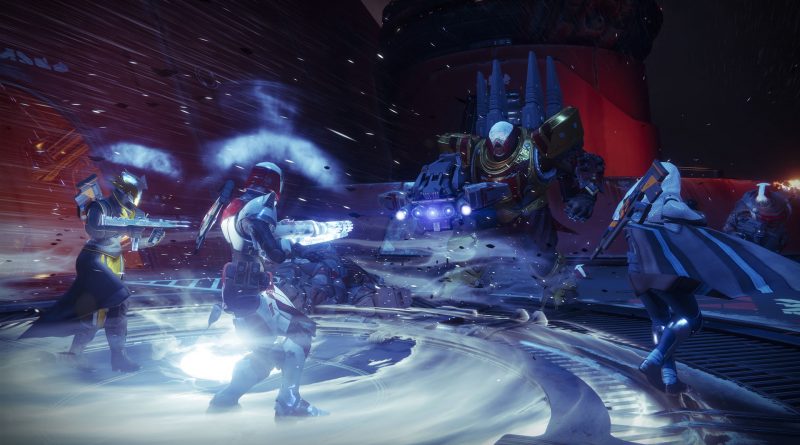 We have now had our first glimpse of Destiny 2 and some of the changes that Bungie is making to the Destiny franchise. The initial gameplay looks good, very good in fact. The graphics have had a pretty major upgrade, no real surprise given that Destiny 2 only supports current generation consoles (PS4 / Xbox one) and PC.

Watching the live reveal it became immediately clear that Bungie has listened to the community who have spent the last two and a half years playing Destiny. The game will be bigger, but just how much bigger is unknown at this point. There will be new activities, strikes appear to have been made more challenging and the whole weapon structure has been changed.

Gone are the primary, special and heavy slots, now we have kinetic, energy and power weapons. This change alone allows for much more flexibility in how you load your character. Ever wanted to have a pulse rifle and a hand cannon equipped? Well now you can! Interestingly sniper rifles, shotguns and fusion rifles now sit in the power slot, meaning you will have to choose between a sniper and a rocket launcher for instance. This definitely mixes up the play style but possibly in a good way. There’s definitely more flexibility, but it will also make you think about your load out in a way that isn’t needed right now.

Then there are the changes to PvP, gone are 6v6 and 3v3, now all game mode are 4v4. For some activities this does make a lot of sense, it standardises the most competitive modes like Trials of Osiris with other competitive esports. But somehow it seems a shame to have lost 6v6, even though in Destiny 1 the crucible has been rife with lag issues. Overall the crucible changes look promising and the early gameplay suggests that it will be focused more on actual gunplay than abilities. No more titans skating around maps shotgunning everyone! Disappointingly though, it has since been confirmed that there will be no dedicated servers on PC. It’s a pretty safe bet to assume this will also be the case for consoles as well.

The lack of dedicated servers means that many of the issues with lag and the odd unscrupulous individuals using denial of service attacks on fellow guardians might live on. Bungie have said that they are working hard to address the issues but how that plays out won’t be known until the game lands in September. It’s a shame that peer to peer networking will live on in Destiny 2, after all dedicated servers were at the top of players’ wish lists for the sequel.

On the other hand the gameplay footage we have seen from many of those in attendance was all captured on PS4 Pros which were running the game at 4k and it looked glorious without any noticeable frame rate drops. In all honesty I would prefer a game locked at a constant 30 frames than a game trying to be 60 frames but constantly dropping below.

It was great to see Bungie are bringing clans and clan management into the game, rather than having to rely on using the website as has been the case with Destiny 1. The new guided games feature, where clans can open up a fire team to anyone who wants to join looks interesting, it could help with those situations where someone leaves a raid part way through. Also for anyone who doesn’t have a clan or group of players that they can raid with, it will give an in game opportunity to find a raid. How well the feature works and whether it can fully replace LFG tools or matchmaking remains to be seen. Still it is good to see a potential solution to the situation of only 50% of players completing a raid. Anything that gives casual players an opportunity to engage in some of the best content that Destiny has can only be a good thing.

Overall though, the outlook is promising. The reveal has received a lot of praise and rightfully so. It’s clear that Bungie have worked hard to make Destiny 2 look so good and while cautious optimism is advised, I for one can’t wait to get hands on with the beta and see what Destiny 2 has to offer. In the meantime I will be posting several videos on YouTube talking about various aspects of Destiny 2, so don’t forget to check those out too.