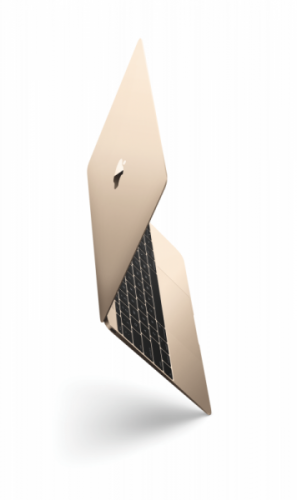 When Apple announced a brand new 12 inch Macbook, it caused quite a stir among the tech world. You wouldn’t have thought that you could get a laptop much thinner than the Macbook Air and the current crop of Ultrabooks yet Apple has done just that. From a design point of view, the all new Macbook is an absolute triumph. It is just 13.1 mm thin yet still packs a 12 inch display and all day battery life. The catch? It comes with just one peripheral port – a USB-C port that will handle connectivity and power.

In the quest to build the world’s thinnest notebook, did Apple go too far in cutting the number of ports down to just the USB-C and a 3.5mm headphone jack?

Before we delve into the port debate, it’s worth remembering that Apple is no stranger to going against conventional wisdom. Remember when the Macbook Air was announced and the late Steve Jobs pulled the computer from a manila envelope? Many sneered at the Macbook Air. Sure it was thin but it came with just a single USB port, a headphone port and a MagSafe power connector. There was no optical drive, at the time this was heavily criticised but now it is quite common to find a notebook without an optical drive.

From an engineering perspective, the Macbook Air was a huge leap and one that would go on to send shockwaves through the entire notebook industry. In 2015, ultrabooks (a category of computer that the Macbook Air started) are huge business. They are supremely portable. That is their unique selling point. You wouldn’t buy an ultrabook to do heavy work such as video editing, but for most tasks they are a great way to work on the go. This is why they are so popular, after all portability is a huge consideration for many who need to work on the road. From journalists to DJ’s and everywhere in between, ultrabooks have been a game changer.

So the question about the single USB-C port remains. Was this really a step to far?

Initially I was sceptical. That was, of course, until I sat down and thought about it carefully. I have a mid 2010 Macbook that gets used daily. It has a slew of ports along its’ side and even has an optical drive! When I thought about it though, aside from the power connector I don’t use the ports on the side. The last time I plugged anything in was a USB card reader for getting photos from a SD card. That was almost two years ago now. This is why I don’t believe the step to just one port for everything (except headphones) is actually a big deal. Lest we forget, many who have spoken out about it are technically minded and consequently are more likely to be power users of their computers.

This move to one port actually makes sense for many users. If you want a portable laptop, chances are you probably have a desktop that has all of your peripherals plugged into it. With wi-fi printers and network storage drives easily available, there are less and less devices that need to be physically plugged into a computer. The wireless connectivity of the new Macbook is extensive and uses all of the latest technologies (802.11ac wi-fi connectivity and Bluetooth 4.0).

Fundamentally, I don’t believe it is a step to far. Instead this move to a single combined port makes sense in the wirelessly connected world of 2015. Sure it is a bold move, but I actually believe Apple are ahead of the curve on this one. For many the physical connectivity won’t be an issue. If, however, you think it could be an issue, Apple also updated the Macbook Air and the Macbook Pro 13in with Retina display, so there are viable alternatives on offer too. The brand new 2015 Macbook is a marvel of engineering and design, but whether the world is ready for this vision of the future of the notebook remains to be seen.

You can find all of the official information on the new Macbook on Apple’s website.